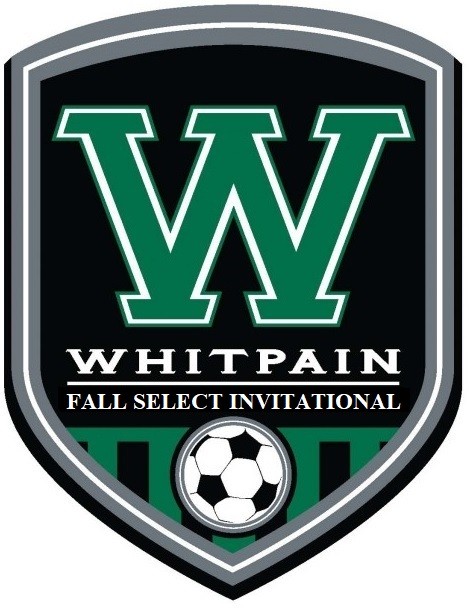 Welcome to the 2nd annual WRA REC SELECT INVITATIONAL  Tournament! This event takes place in Blue Bell, PA with the primary venue being at our amazing Centre Square Park Complex.

This event is open to all levels of competition for boys and girls ages U8 to U19. The format for this event will be Championship style, with the first and second place team within each bracket receiving awards. Numbers of brackets will vary in each age group based on the number of tournament entries.

Our plan is to make the INVITATIONAL  one of the largest Rec Select tournaments in the area on Columbus Day Weekend. Our goal like last year is to provide a safe, fun and exciting experience.

This will be a patch exchange event. There will be a concession stand and restrooms available at all times.

General Rules of the Game

The WRA Rec Select invitational 2021 will consist of round robin games. All our games shall be played in accordance with the EPYSLA and US Soccer rules, except for those divisions with specific modified rules listed below. 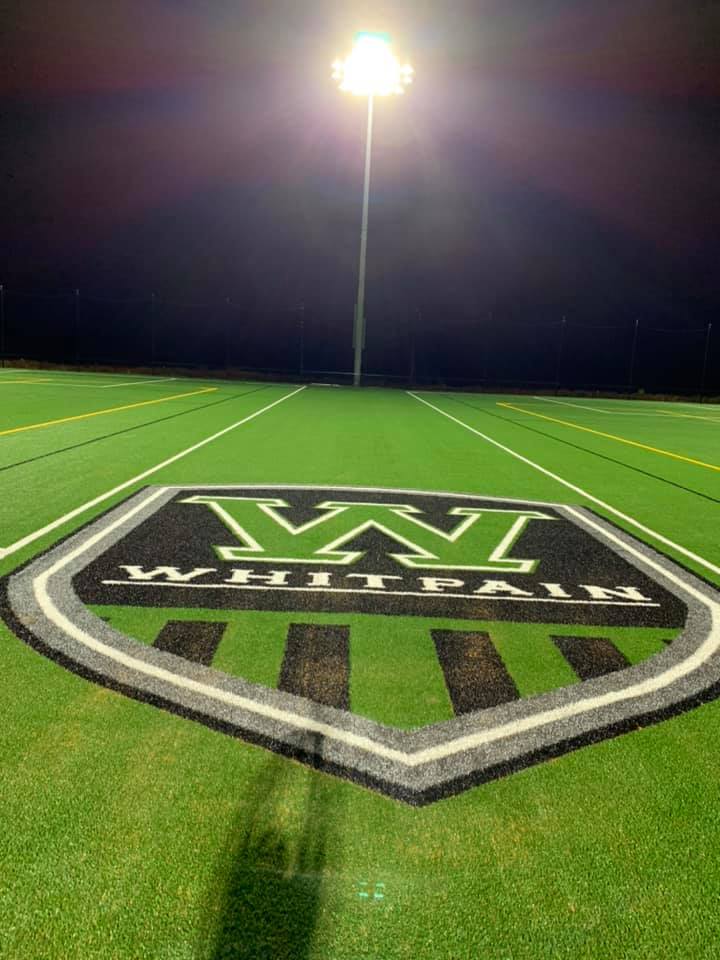 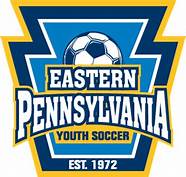 The event is open to all boys & girls teams ages U8-U19.  All participating teams must be currently registered with their state association and a team consisting of a true intramural/Recreation soccer team.

All teams must send their roster of their players, date of birth, and jersey number to WRARECSELECT@wrasports.org. Roster Spreadsheet will be sent upon registration. Before teams play, the team coach must check in at the complex concession stand. During the tournament, all teams must have a copy of their roster In their possession.

Teams that failed to adhere to these eligibility rules are subject to forfeit of their scheduled tournament matches without reimbursement of fees. Players may only play for one team during the course of the WRA Rec Select Invite. Teams will be comprised as below:

Players, coaches and spectators are expected to conduct themselves within the spirit of the game. Coaches are responsible for their players' conduct, but not spectators. Any player, coach or spectator who is ejected by the referee for fighting will be banned for further participation in the event and must leave the facility complex immediately

The event committee reserves the right to terminate their participation of any team, Player, Coach or Fan if the behavior of these people creates an atmosphere in which a match or matches cannot be completed within the spirit and safety of the game. 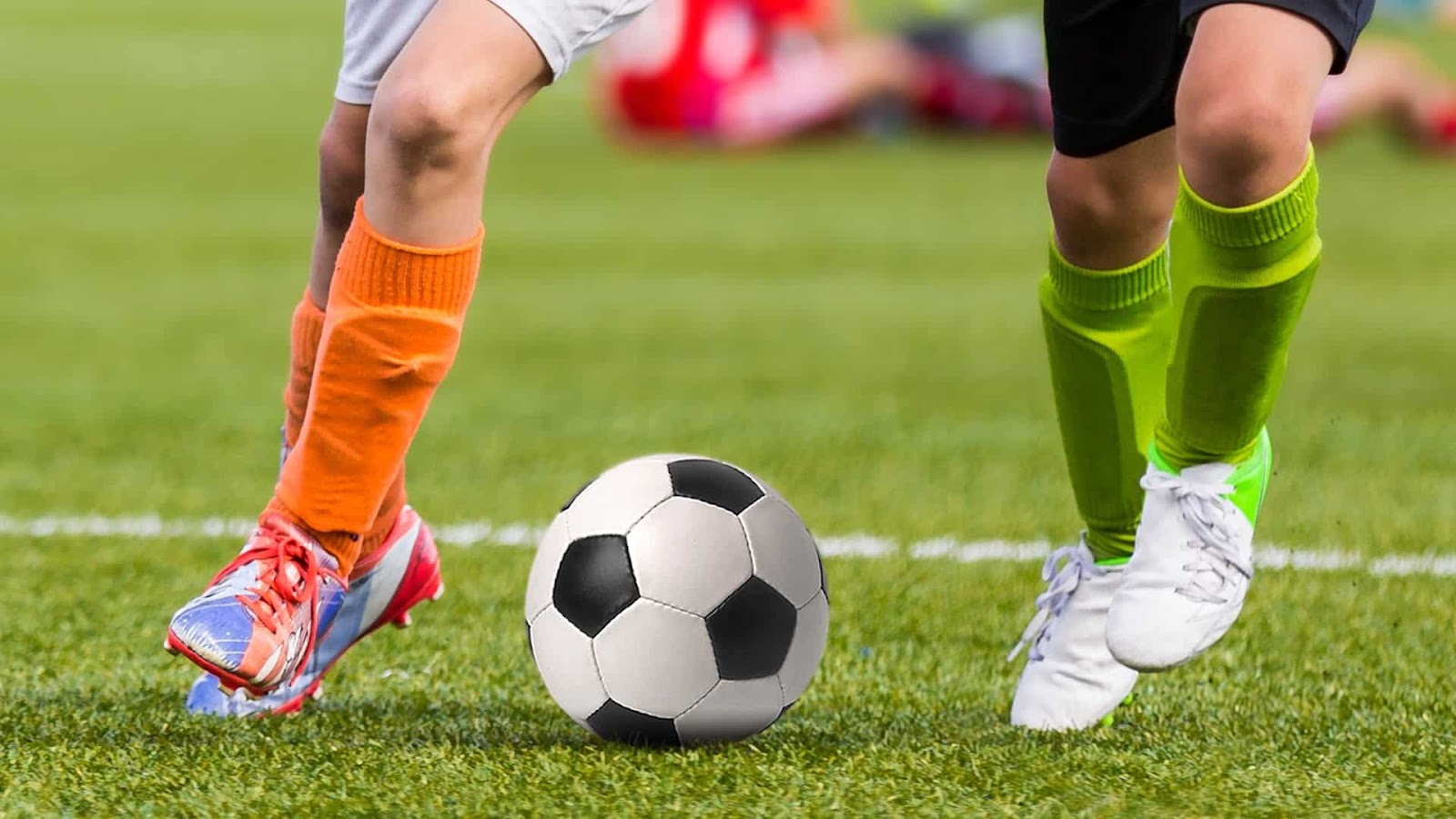 All players and teams must wear matching uniforms consisting of a jersey, shorts, socks, shin guards and footwear. Uniforms must have a number on the back. No food is permitted on the fields.

Coaches are required to bring the roster and medical release forms to every game .They should be available upon request for inspection. Coaches, players, and spectators may not enter a field of play at any time unless requested to do so by the referee. Only players and coaches will be permitted on the field or In the bench area.

Coaches of U9 & U10 will provide linesperson and work with the referee of the game.

No players are allowed to be on the field if not playing a game. Players must leave the field immediately following their game. Referees will call for team captains prior to tip off.. A coin flip will determine direction of play and tap.

Winner of the coin toss chooses the goal to defend. The opposing team gets the kick off. Teams have 10 minute warm-ups on the field of play. Pants will be allowed for goalies. 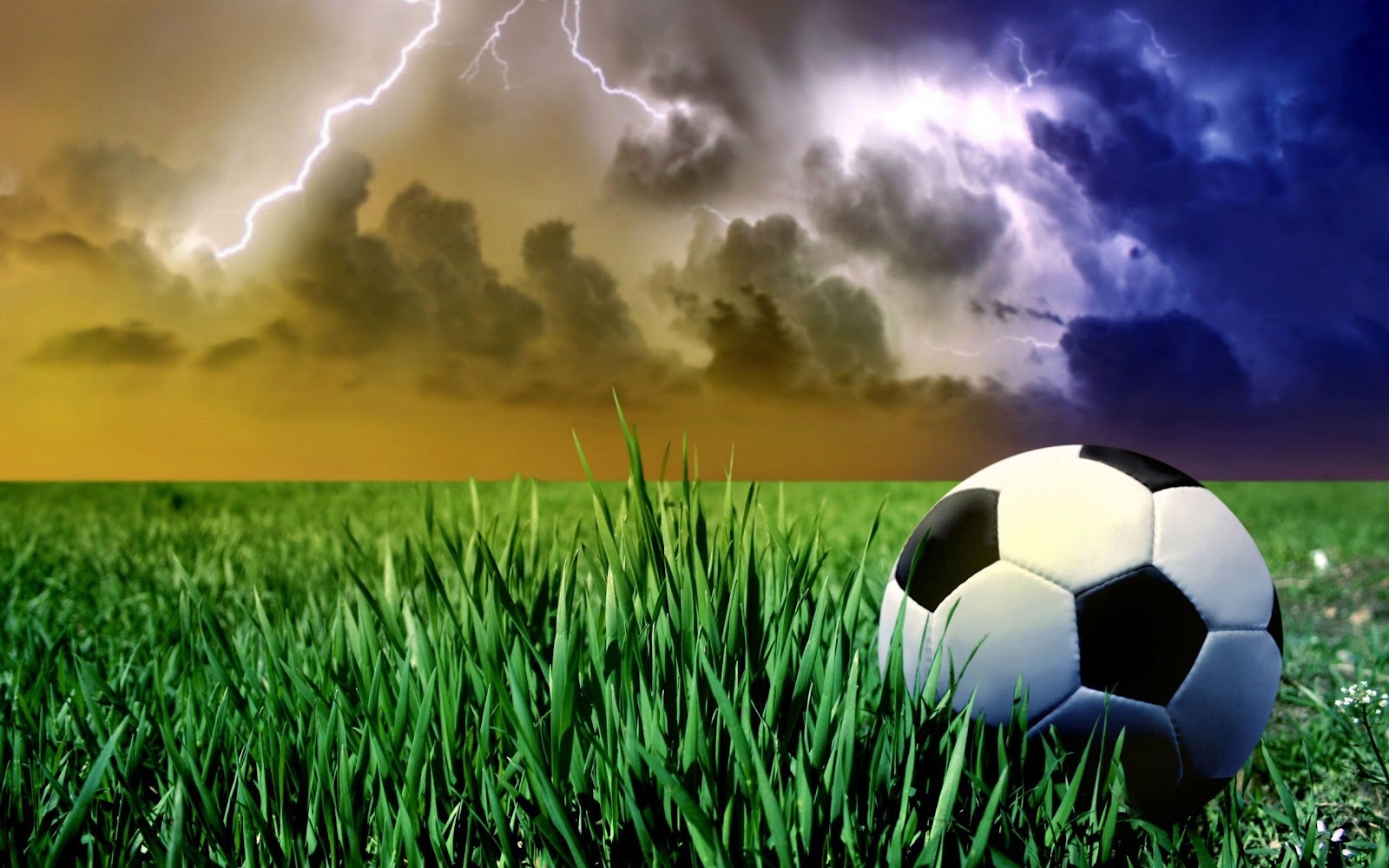 Games will remain playing during weather events unless lightning is seen. Regardless of any weather conditions, players and coaches must be on the field at the scheduled playing time, and ready to play. Forfeits will be awarded if a play has not started within eight minutes of the starting time as determined by the referee. A minimum of eight players must be played for an 11v11 Game, six players must exist for a 9v9 game, five players must exist for a 7v7 game. A forfeited match will be recorded as a 4-0 score

Event director may modify a scheduled start time for any match or decrease the time of scheduled match prior to the start of a game.

ADDITIONAL RULES:No heading in any games except U14-U19. U8 - U10 will be permitted to have one additional throw in if the first one fails. Incidental handballs in the penalty box will exist as an indirect kick. Players may cross their arms to protect their chest on a throw in. It will not be considered a handball; as long as their arms are on their chest before the ball is  thrown in. Arms/Elbows can not be lifted towards the ball.

Duration of the Game

There are unlimited substitutions with permission from the referee. Substitutions can occur on the teams throw in, goal kick, or score. Teams can piggyback off the other teams substitution. 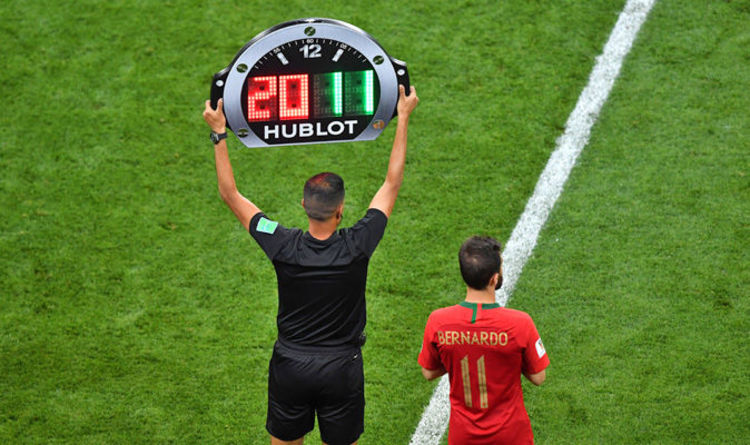 In case of an injury, goal kick, Thrones, and after scores. Opposing teams can piggyback off a team's substitution. As long as the possession team calls for a substitution

Registration will occur through SI Play. The representing coach or Director will register their team.   A Roster Template will be sent to the team.

If any event is fully canceled the day of the games due to weather, teams  will be refunded 50% of their registration fee.

Disclaimer: in the event a situation arises that is not covered by the above guidelines and rules, the event director reserves the right to rule on any issue with the referees. All decisions by the event writer shall be final and binding.

Any game that is canceled due to weather, the game can be rescheduled by the event director on a future scheduled day. 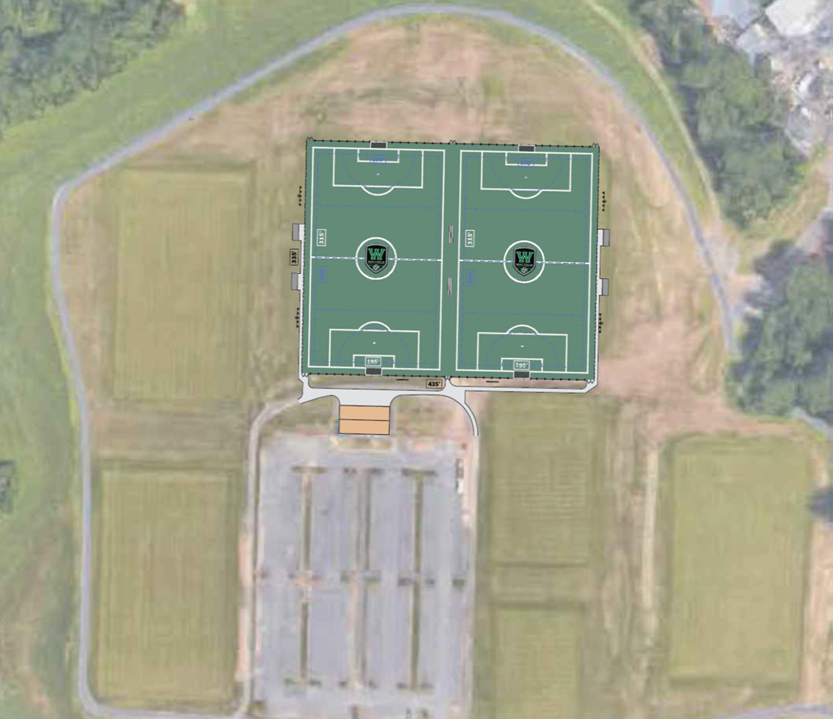 From bottom left to far right.

FIeld 5 and 6 bordering right side of parking

Individual awards for Champions in each division. Awards will be given out after the game at the CHAMPIONS TENT found to the left of Field 3.

Depending on the volume of teams in any given bracket and/or flight, standings points may be used to determine champion & second place in lieu of a playoff/championship game.

Teams will be awarded points on the following basis:

∙ One (1) point for each goal scored up to a max of three (3) per game. Losing team receives points also.

∙ One (1) point for each shutout

∙ MINUS ONE (1) FOR EACH PLAYER OR COACH EJECTED

∙ A forfeited game will be scored 2-0 and the winner will be awarded 9 points (6 for the win, 2 for goals, and 1 for a shutout)

At the end of the preliminary rounds, the flight winner will be the team with the most points in their flight.

In the event of a tie within a flight, the following criteria will be used to determine the winner:

1. Head to head competition (if there is a 3 team tie, proceed to the next tie breaker), then

2. Goal Differential (maximum of 4 per game), then

4. Most Goals Scored (maximum of 4 per game), then

6. FIFA penalty kicks (at least 30 minutes prior to any scheduled play-off round game)

** If there are three or more teams still tied after all the above tie-breaking criteria is used, and penalty kicks are needed to determine which team(s) advance to a playoff round, the following rules will apply:

1. The three (or more) teams will compete in a FIFA style PK round-robin competition (ex. A vs B, A vs C, B vs C) to determine a winner (and runner-up if needed).

2. Each team must take the minimum of 5 kicks during the round robin competition in case the additional tie-breaker scenario below is required.

3. If two or more teams are still tied after the round-robin PK competition (win=3 pts, loss=0 pts), the following PK tie breakers will be used to determine the team(s) that advance:

A. Most PK goals scored for each team during the first 5 rounds of each PK round‐ robin contest

B. Least PK goals allowed during the first 5 rounds of each PK round‐ robin contest

4. In the event of a tie among three (3) or more teams, once a tie is broken by the above system, and if ties among remaining teams still must be decided, those ties would be broken by starting again from the top (i.e. head to head competition) of the tie-breaking procedure.

5. In the event that a Wild Card team must be selected for a semi‐ final game, the above procedure will be used across the entire flight.